Shumeng's paper has been accepted by Nano Letters. Congratulations! 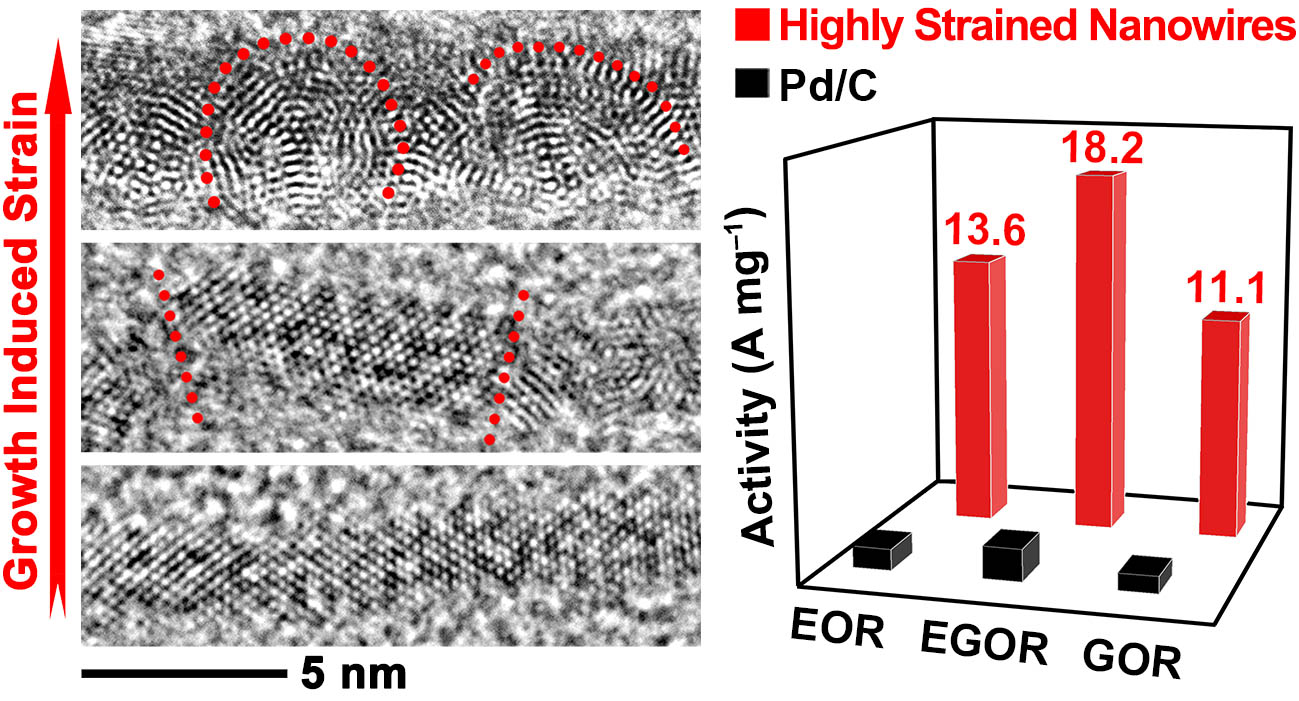 Abstract: Although strain engineering is effective in boosting the activities of noble metal catalysts, it remains desirable to construct fully strained catalysts to push the activity to even higher levels. Herein, we report a novel route to strong lattice strains of a Pd-based catalyst by radial growth of a Pd-rich phase on Au-Ag alloy nanowires that are no thicker than 1.5 nm. It creates not only tensile strains in the Pd-rich sheath, due to the core-sheath lattice mismatch, but also distortion and twinning of the lattice, producing nonhomogeneous local strains as hotspots for the catalysis. Toward the electrochemical oxidation of biomass-derived alcohols including ethanol, ethylene glycol, and glycerol, the highly strained nanowires outperformed their less strained counterparts and reached up to 13.6, 18.2, and 11.1 A mgPd–1, respectively. This strain engineering strategy may open new avenues to highly efficient catalysts for direct alcohol fuel cells and many other applications.